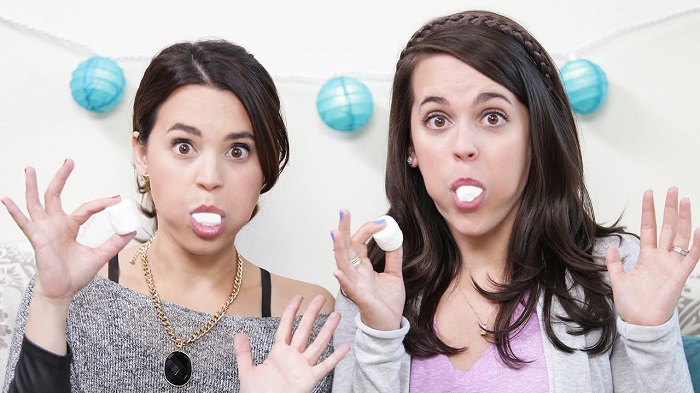 Chubby Bunny is a chipmunking icebreaker and a team building activity for people of all ages. It is a recreational activity in which the participants stuff their mouths with increasing number of marshmallows into their mouth while uttering “Chubby Bunny”.

This hazing game involves the placement of an increasing number of marshmallows or similar items such as cotton balls into one’s own mouth and stating a phrase that is intended to be difficult to say clearly with a filled mouth. The game is often played where marshmallows are readily available, such as around a campfire.

Although the origins of the game are unknown, it may go as far back as 1959 when the Peanuts comic strip from February 28 of that year showed Snoopy’s mouth being filled with an increasing number of marshmallows.

How to play Chubby Bunny

(There are certain rules you should follow while playing chubby Bunny)

While 20+ seems like a good number, there is no such thing as a world record. However, Nicole Richie was crowned world champion in a similar Marshmallow eating contest in Ellen DeGeneres Show.