Drunk Stoned or Stupid is an offensive card game similar to Cards Against Humanity. Each game card contains, witty, sarcastic or borderline offensive statements and you have to decide which player fits the bill and assign the card to that player. You can also play D.S.S as a drinking game. 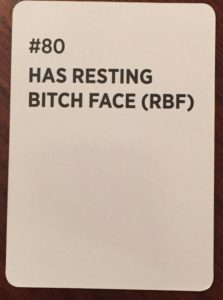 Jack and friends have a blast playing this game.

This game can also be played as a drinking game. The person judge chooses to tag the card must take a drink or he can convince the judge why he should not take his drink and assign the drink to other player.