Meme are great for entertainment. They captivate us through their stinging sarcasm, engage us, make us happy, offend us and more importantly leave a lasting message.

Lets explore 20 best teamwork memes and the messages they behold. 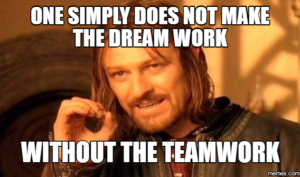 Molded into the Sean Bean’s One does not simply meme, this meme explains the famous words by best selling author John C Maxwell in his book Teamwork Makes the Dream Work. The message is loud and clear you simply can not achieve your dreams without teamwork.

#2. The Philosoraptor meme on teamwork 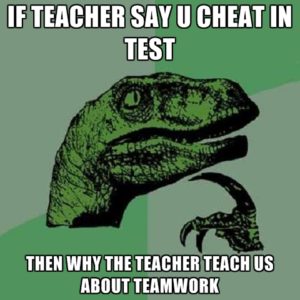 Blended with the famous Philosoraptor meme, this meme raises a thought provoking question but the answer is obvious. Circumstances matter!

#3. The fish in a group teamwork meme. 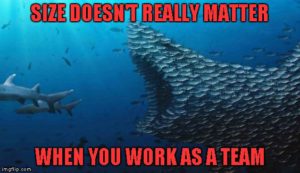 The meme itself is self explanatory. Though more than likely it’s animated, the message is clear. The power of unity and numbers. The small fishes crowd and ward off dangerous sharks. Though it may be impossible for an individual, never underestimate the power of unity.

#4. The Simpsons Twig Meme on Teamwork 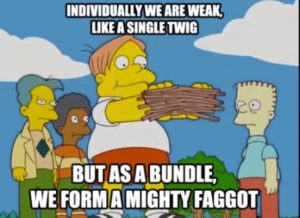 Coming off straight from a scene of America’s longest running cartoon series The Simpsons, this meme offensively teaches us about the power of a team. 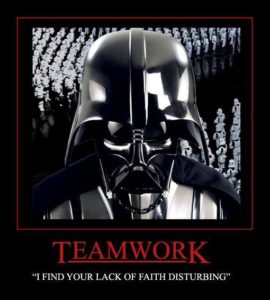 Attached with the epic Darth Vader scene in which Darth Vader tortures a member in his team because he did not have a faith in ‘the force’–the sworn nemesis of the Star Wars villain. Though when you watch the whole movie, you may not feel the same way, this quote when put out of context of the movie teaches us about the collective team spirit. 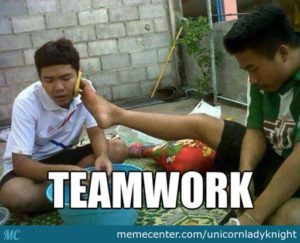 This meme speaks loud and clear about supporting your team in their time of need. Though the picture is rather comical, there is a deep underlying message. Going way out of your way to help your team members.

#7. The dog saving a woman meme 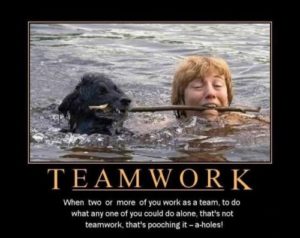 This meme talks a lot about the malice of ego of the individual in the team and warns us what can be the consequence. If you want to succeed as a team, let go of your personal ego A-holes. 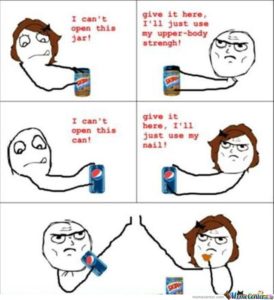 This meme is hilarious but the message resounds with the intensity of humor. Derpina finds her hidden talent working for the team. isn’t that what teamwork all about?

9. The dry what’s wrong with your team meme 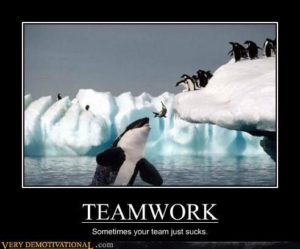 If your team is hopelessly failing most of the time, then it’s a time to debug what’s going wrong than to complain about the circumstances. 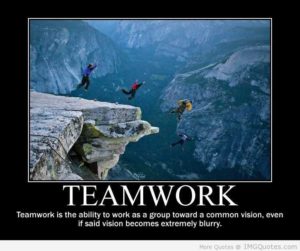 This meme tells us to go for it even though the outcome seems vague. If you trust your team and feel like you’re on top of your life, why not go for shooting the moon. 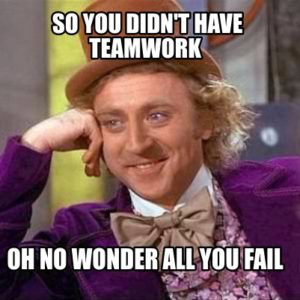 Put slightly out of context from the creepy character Willi Wonka from the movie Willi Wonka and the chocolate factories, Willi Wonka condescendingly reminds us that we can get nowhere in life without teamwork. He belittles us because we simply could not understand the power of teamwork.

Know any other Teamwork Meme? Let us know in the comments below.